Traveling “In Character” to Russia

When Jo Epstein’s émigré stepfather, Nikolai, is suspected of murder and flees to Moscow, Jo jumps on a plane to follow him. For an intrepid private investigator like her, this was another high-speed chase set far from New York’s West Side Highway. For the author, it was a chance to accompany my protagonist onto foreign soil in order to see Russia through her eyes. It resulted in a whirlwind research tour, with Jo and me relying on our instincts to ferret out what mattered most.


Fresh off the train from Moscow, we were escorted through the prison yard at Vladimir Central Prison and up the stairs to a museum proudly exhibiting the works of formerly incarcerated Russian writers. The sense of Russian irony was compounded by the fact that, directly across the hall from a display of 19th century instruments of torture, we found an art therapy class in progress. Our guide proudly related how today’s guards and prisoners are encouraged to express themselves through painting. While she spoke, my imagination ran wild. What if Jo were incarcerated in a dank cell with graffiti-covered walls in an attempt to prevent her from finding Nikolai? 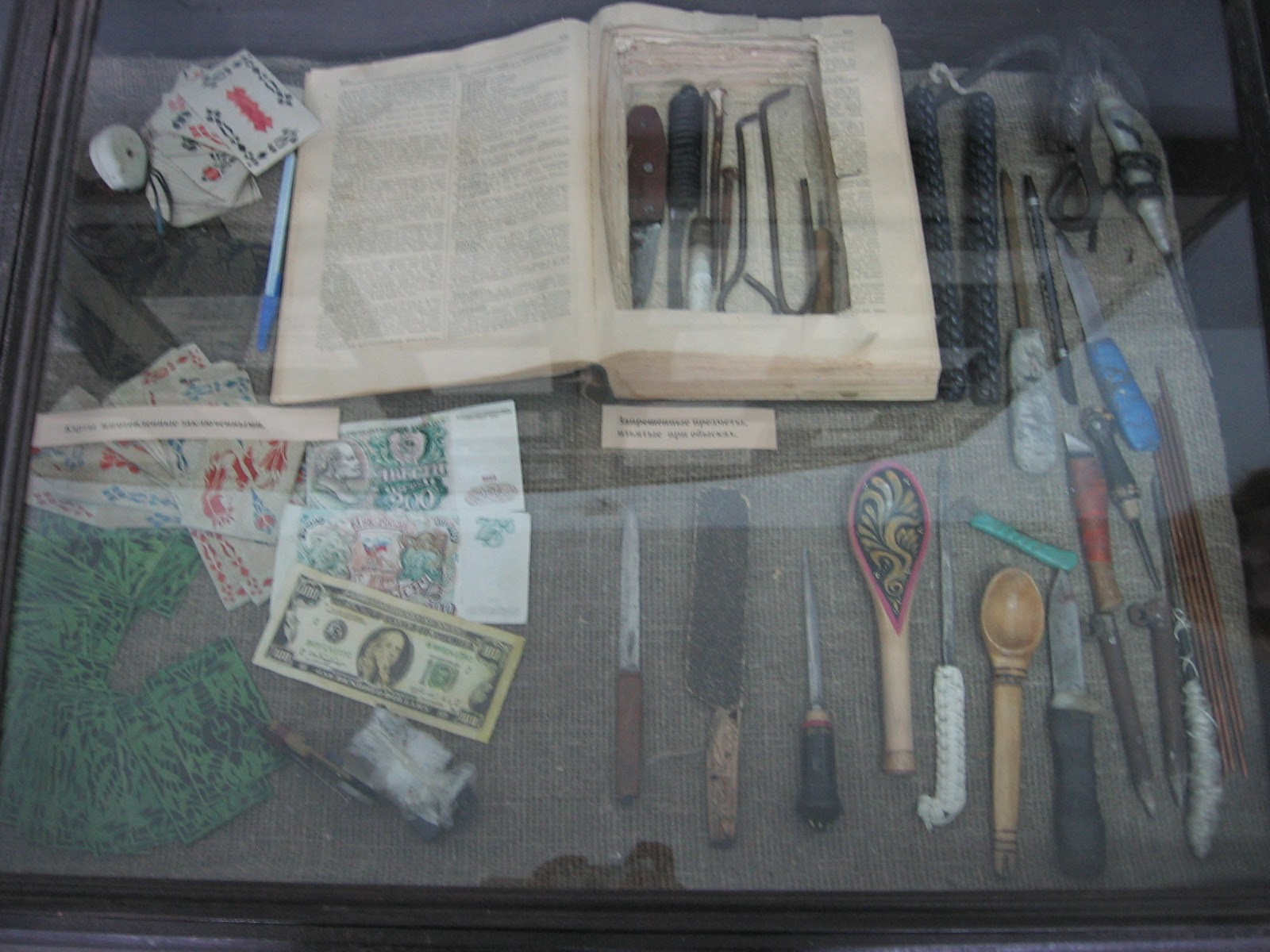 The thing about traveling alongside a fictitious character is that everything you experience is potentially part of her story. In Suzdal, we visited a monastery with an underground cell where heretics both religious and political were once tried in secret—and yes, this history-packed locale eventually served as a setting for a pivotal scene in the book.


Jo and I then toured a Matryoshka Factory, with spinning lathes and woodchips flying. Little did the skilled workmen and talented women painters know that their nesting dolls would one day hold clues to a mystery spanning two continents.


Back in Moscow, we dined at a Georgian restaurant with a Commander in the Moscow Criminal Police.  He waxed nostalgic for the vory v zacone – thieves-in-law— famed for their strict code of conduct. To my surprise, he expressed regret that the brutal yet consistent rules of the vory were not followed by the modern Russian Mafia. I consulted with the Commander about my antagonist’s background and planned course of action. That he chose to bless my storyline was definitely a high point of the trip. 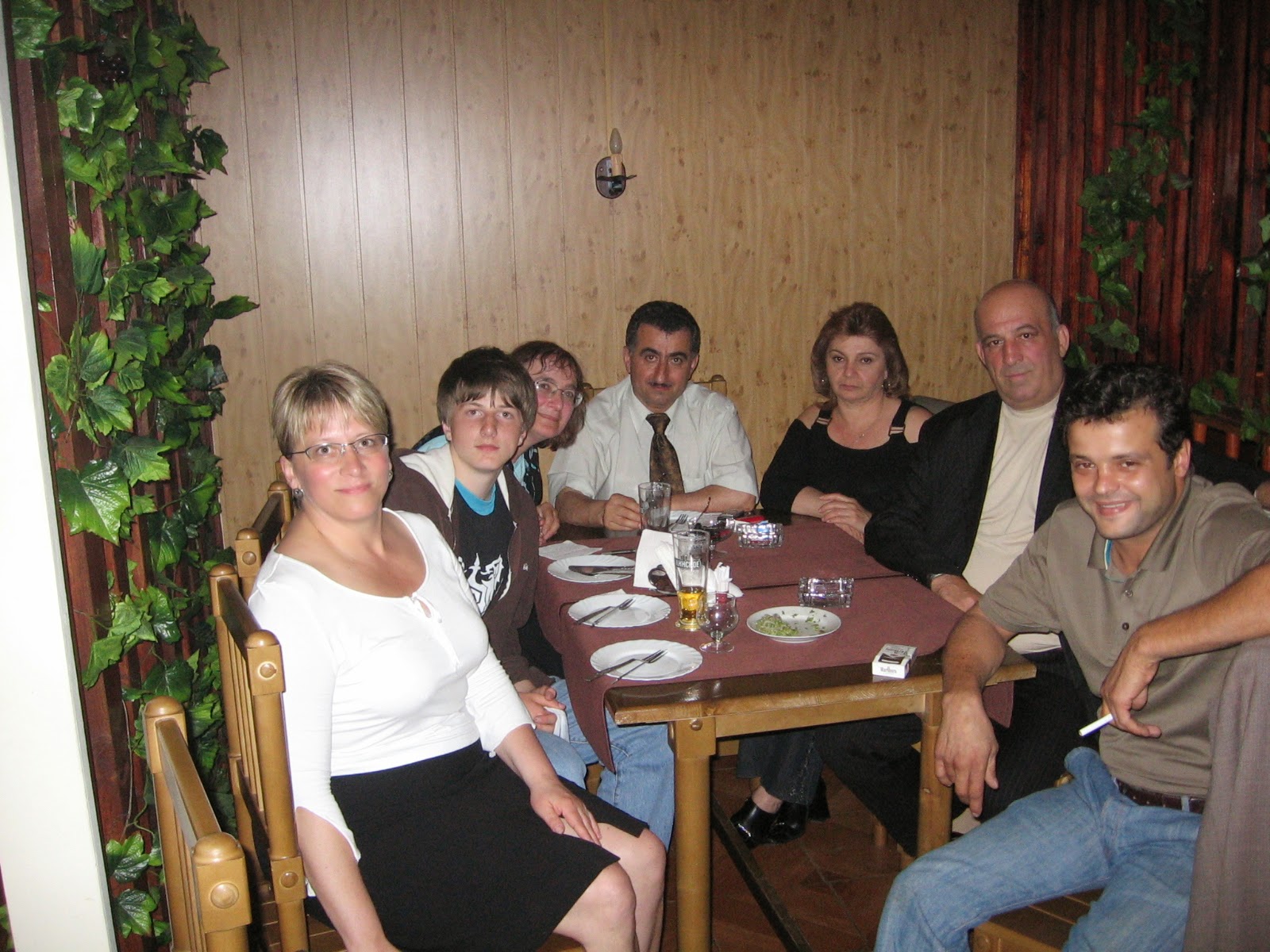 With only 20 words of Russian between us, Jo and I were hard pressed to decipher the Cyrillic signs in the impressive Moscow subway. We worked out a deciphering system worthy of a spy novel—perhaps to be used in her next adventure.


I’ve always been a believer in recycling and repurposing and this inclination got a workout in Russia. Even the apartment we stayed in, which was once a Soviet-style, communal residence, became a setting for a scene in RUSSIAN RECKONING.
Posted by Joyce Yarrow at 3:43 PM 8 comments:

My 'Made it' Moment

I wrote this short piece for Jenny Milchman's "Made It Moments" series (http://www.jennymilchman.com/blog/) and she published it last year -  thank you Jenny!

It's time I shared these words here:


Made. adj. Assured of success. The year was 1965, the place New York City, where a young lady of seventeen lives with her boyfriend in an apartment with an airshaft instead of a window and discovers she loves playing with words, letting them tumble on the page and jostle each other in strange juxtapositions, the weirder the better. Having emigrated to the Lower East Side from the Southeast Bronx she speaks a smattering of Puerto Rican Spanish and knows how to stare down a potential mugger in an empty subway car. Late at night, after a long day spent repairing damaged books in the New School library, she sips Chianti from a coffee mug and edits the poems she wrote on the Houston Street bus.


Six months later she comes home to her lover’s announcement that he prefers someone else, the lease is in his name, she gets the picture. “Oh there’s a letter for you,” he remembers and she snatches it out of his betraying hands on her way out the door, leaving it unopened for a week or so while she learns to breathe again and trust the air will not murder her.


The letter says we read your Bus Poems, want to publish all eleven of them in our new magazine named after a tragic nymph. How apt. She meets the editors who are delighted with her tender age. One offers to introduce her to Alan Ginsberg. When the magazine comes out it is beautifully bound, Niobe inscribed on the cover in large green letters, her poems interspersed with photographs of graffiti-spattered walls in the city she will eventually desert as abruptly as her boyfriend dumped her. She is destined to give up poetry to write mystery novels, but for the moment, she has ‘made it.’
Posted by Joyce Yarrow at 8:10 AM 6 comments:

Joyce Yarrow
Joyce Yarrow's published novels include RIVERS RUN BACK - co-authored with Arindam Roy (Vitasta Publishing 2015); ASK THE DEAD (Martin Brown Publishers); and RUSSIAN RECKONING (aka the Last Matryoshka). Joyce is a Pushcart Nominee whose stories have appeared in Inkwell Journal, Whistling Shade, Descant, Arabesques, and Weber: The Contemporary West. Joyce has lectured on The Place of Place in Mystery Writing at the Allahabad Museum, the University of Allahabad and writing conferences in the Pacific Northwest. Raised in the Southeast Bronx, Ms. Yarrow resides with her husband and son in Seattle.